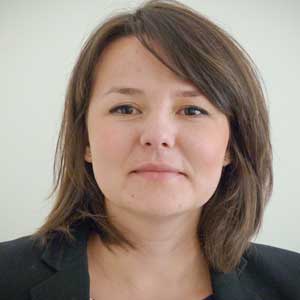 Bucharest, 18 January 2016 At the end of last year, the Constitutional Court decided that the interdiction to dismiss the employees in eligible positions in a trade union body breaches the constitutional provisions. This is an important amendment in this field, taking into consideration that during the last 13 years as of the enactment of the Labour Code, the trade union leaders could not be dismissed.

The previous provisions of the labour code absolutely prevented the dismissal of employees in eligible positions in a trade union body, during the exercising of their mandate, regardless of the fact that there was a connection between the trade union activity carried out and the reasons for dismissal or not. These provisions created a double inequity in the relationship between the trade union leaders and the rest of the employees on one hand, and the relationships between the respective leaders and the employer on the other hand, whose activity was affected by this interdiction., explains Anca Stroiu, senior lawyer at McGregor & Partners.

By the enactment of decision 814/2015, published in the Official Gazette no. 950/22.12.2015, the Constitutional Court excluded a legal privilege regulated in favour of the trade union leaders, to the disadvantage of the other employees who do not have any position in a trade union body. Therefore, all employees shall benefit of an equal treatment in identical legal circumstances. Consequently, the trade union leaders can make the object of a dismissal decision due to reasons related to the employee (e.g. preventive arrest, physical or psychical incapacity, professional inadequacy) or due to reasons that do not relate to the employee (e.g. the liquidation of working position).

However, the dismissal of trade union leaders continues to be unenforceable for reasons regarding the observance of the mandate they received from the trade union members. The reason this interdiction is being maintained is that the removal of trade union representation capacities of the leaders or the holding them responsible for the facts committed during their trade union mandate, shall be performed exclusively by the trade union having appointed them, without the involvement of the employer, in the same conditions as the appointment was made.

By the decision of the Constitutional Court it is clearly differentiated the principle of equality of treatment of employees in identical situations from the protective measures of employees with representative responsibilities. Therefore they can fulfil in good conditions the mandate that they have been empowered with and which should operate exclusively in relation to the trade union activity actually carried out.

In the labour law projects we have been involved, we encountered cases in which the trade union leaders benefitted of the most favourable legal provisions and they have been excluded from the collective dismissal plan, due to the provisions regarding the interdiction of dismissal of the respective leaders during the exercising of their mandate. However we noted in the legal practice prior to the amendments brought by the Constitutional Court decision, even at the level of appeal courts, that there were court decisions given in favour of dismissing the trade union leaders due to reasons not pertaining to the person of the employee, and therefore anticipating and confirming some of the arguments of the Constitutional Court regarding this matter. Thus, it shall devolve on the courts invested to analyse the legality of a decision to dismiss a trade union leader, to examine if there is connection between the reason of dismissal invoked by the employer in the dismissal decision and the method of fulfilment of the mandate by the respective leader., added the lawyer Anca Stroiu.