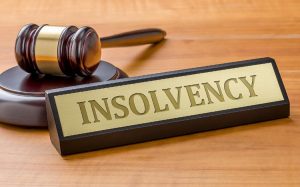 For a long time, the companies have been fighting with the enforcement procedures started by the fiscal bodies, as well as with their actions submitted in the insolvency procedure in order to block the procedure and to ensure the state’s priority.

According to the former insolvency law, the assets alienated in the procedure were acquired free of any encumbrances, except for the precautionary measures issued during the criminal proceedings. This legal text has given rise to much controversies in both doctrine and judicial practice.

The judicial liquidators proceeded to:

Unfortunately, although in the new insolvency law, the text related to the capitalization of assets which are object of the precautionary measures established by the criminal bodies was modified, the problems in the legal practice remained.

By Decision no. 1/20.01.2020, the High Court of Cassation and Justice established that “the existence of precautionary measures established in the criminal proceedings on the assets of a legal entity, prior to the opening of the insolvency proceedings, for special confiscation, reparation of damage caused by crime or guaranteeing the execution of judicial costs:

a) does not suspend the liquidation procedure provided by Law no. 85/2014 regarding the seized property;

b) does not make unavailable the assets on which the capitalization procedure was initiated according to the provisions of Law no. 85/2014;

c) does not prevent the liquidation of the assets carried out by the judicial liquidator in the exercise of the attributions conferred by Law no. 85/2014 “.

After the claim was established definitively by the criminal court, as a result of this “priority”, there were situations in which the fiscal bodies began the enforcement procedures against the insolvent company, blocking the debtor’s accounts and the procedure of capitalization of assets under the insolvency law. This was succeeded by the challenges submitted by the secured creditors, debtor or even by the judicial liquidator aiming for his fee.

The judicial practice regarding the challenges submitted against this kind of enforcement procedures has always been controversial, the decisions being quite surprising.

It should be mentioned that the legislator chose that these enforcement challenges have to be solved by the district courts as first courts and in appeal by tribunals that are not specialized in insolvency. Although, most likely, the basis of this regulation was the low complexity – in general – of this challenges and also the relief of the superior courts, this provisions, unjustifiably, increased the duration of the court cases and led to court decisions in total contradiction with the judicial practice carried out by the courts specialized in insolvency.

On 20.07.2020, the High Court of Cassation and Justice issued a Review for uniform interpretation of law, stating the following:

In other words, the Supreme Court granted a decision only regarding the receivables born during the reorganization procedure (insolvency) and owed to the fiscal bodies. In fact, the court ruled only within the limits notified by the General Prosecutor of the Prosecutor’s Office attached to the High Court of Cassation and Justice. The legal reasons of the decision are to be analyzed by the time the decision is drafted and published in the Official Gazette.

For the same reasons, for the rest of the claims, we consider that it would be necessary to amend the Civil Procedure Code by giving all the enforcement challenges related to the insolvency procedure in the jurisdiction of the syndic judge (fully specialized).

In another decision – Review for uniform interpretation of law no. 18/2019, in opposition to the above, the High Court of Cassation and Justice established that the civil sections of the courts have in their jurisdiction the appeals submitted against the enforcement procedures started under the provisions of art. 260 of the Fiscal Procedure Code.

However, in its decision, the Supreme Court states the following:

“65. Or, if in determining the functionally competent court the nature of the contested act would be relevant, then, by reference to art. 10 of Law no. 554/2004, the case should be solved on the merits by the tribunal or the court of appeal, and not by the district court.

66. However, this solution would contradict the will of the legislator, who, by introducing art. 260 of Law no. 207/2015, understood to treat in the same way, from a procedural point of view, all challenges submitted against enforcement procedures, regardless of whether they concern acts issued in a fiscal procedure or acts issued in the execution of legal relations under private law, stating that they will be in the jurisdiction of the district court, as a first court.

67. Last but not least, by reference to the provisions of art. 95 point 4 of the Civil Procedure Code and art. 10 of Law no. 554/2004, the administrative contentious sections of the courts do not judge on appeal, as the High Court of Cassation and Justice ruled – the competent court in order to judge the Review for uniform interpretation of law Decision no. 17 of September 18, 2017, published in the Romanian Official Gazette, Part I, no. 930 of November 27, 2017, and regarding the challenges submitted against the enforcement procedures, there are no special provisions which derogate from this rule. ”

In other words, a solution to these problems would be to amend the Civil Procedure Code with the purpose of establishing in the jurisdiction of specialized courts all the enforcement challenges concerning legal acts issued in various special procedures (insolvency, tax, labor law).