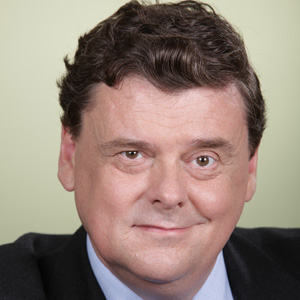 For a bilateral chamber of commerce such as the British Romanian Chamber of Commerce to exist, it necessarily requires that there should be international business between the two countries. Whilst some may argue in favour of protectionism and trade (and other) barriers I think that it is fairly safe to suppose that readers of TheBizz are not likely to be of that view, but rather of the view that international trade links promote wealth of nations and international understanding.

Trade is done by enterprising people and international trade supposes a willingness of such people to leave their home countries to do business and live in other countries. I will mark the 25th anniversary of my move from the UK to Romania in a couple of months and I have been struck by how much Romania and the UK – and, particularly, Scotland – have in common, each having a relatively large diaspora.

Spring is at last upon us and we are well past 25 January, when the immortal memory of Scotland’s national poet Robert Burns is celebrated. Whilst we may hope as expatriates that our presence in our host countries is to the general benefit of those host countries, there is a line of Burns’s poetry that comes to mind:

„O wad some Pow’r the giftie gie us, To see oursels as others see us!”

For those who are unfamiliar with the Scots in which this is written, the poet makes the point that it is a good thing to see ourselves from the perspective of others. Distance aids perspective and so living as an expatriate in another country not only broadens our understanding of the host culture but also allows us a better perspective of our home counties. This is particularly so with the advances in the internet and other means of communications which means that I, for instance, can read the Aberdeen Press & Journal at my desk in Bucharest as well as keeping up with developments in Romania. To my mind, the right of free movement was a particular advantage of membership of the EU and many British citizens have taken advantage of that right. Similarly, many Romanians have taken advantage of that right to move to the UK until the recent end of the post-BREXIT transition period.

Some diasporas support their home countries by sending back a part of what they earn abroad. This can be an important source of foreign income but my view is that exchanges of ideas are more valuable. Romania is very fortunate that Romanians have the right to vote based upon their citizenship, not upon where in the world they happen to live. Members of the diaspora, particularly if they decided to move to broaden their understanding, education, and experience or to pursue business opportunities that may not be available at home, can have a different perspective from those who remain at home. In my experience, an independent mind is a particular aspect of members of the diaspora – they are less likely to be influenced by domestic economic factors which may affect their compatriots at home, such as working in the public sector or state-owned sector, or receiving a pension given by the state. Looking back at elections in Romania, the influence of the Romanian diaspora has been remarkable and in my view, has had a very positive influence on the business environment in Romania.

The UK has the reputation of being a beacon of democracy, so it has been difficult for me when asked by Romanian and other foreign friends how I voted in the referenda on BREXIT and on whether Scotland should leave the UK to explain that I had no vote in these matters, notwithstanding that they both affect me directly. This is because the UK bases the right to vote on residence in particular geographic areas of the country and denies the right to vote to those who have not been resident there for more than 15 years. Similar considerations apply to the right to vote in elections to the devolved legislatures such as the Scottish Parliament.

It was therefore very good news to hear that the recent UK budget has allocated funding to allow the abolition of the “15-year rule” and that legislation is to be introduced to restore the UK Parliamentary voting rights of all expatriates. It is fruitless to speculate whether the UK would have left the EU had the voting rights of expatriates not been limited in this way, but my view is that the voices of our diasporas in all of the legislatures in the UK can only be good for the UK and its constituent nations, in the same way, that the votes of Romania’s diaspora have helped Romania.