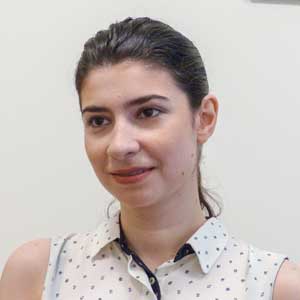 In Romania, the dynamic agricultural market keeps providing better yields to the foreign investors than in other EU countries. Given their growing interest, the representatives of the real estate agencies estimate that the agricultural market will be extremely dynamic in 2016 and 2017 will be an equally dynamic in this market, which current average trading prices range between 2,000 euro / ha and 7,000 euro / ha (in the western part of Romania).

SHORT HISTORY ON LAND ACQUISITION BY FOREIGNERS IN ROMANIA

Before the amendment of the Romanian Constitution in October 2003, foreigners, either natural or legal persons, were not allowed to acquire ownership over real estate in Romania.

As of 2003 the revised Romania Constitution allows foreign and stateless citizens to acquire the ownership over (agricultural) real estate pursuant to the conditions imposed by the Romania’s accession to EU and to other international treaties to which Romania is a party based on reciprocity, in the conditions provided for by Romania’s legislation, as well as through legal inheritance.

Consequently, Romania’s accession to EU on 1st of January 2007 triggered the entering into force of Law no. 312/2005 regarding the acquisition of ownership right over real estate by foreign persons, whether natural or legal and persons without citizenship (Law 312). Law 312 represents Romania’s commitment to grant to its citizens and to the citizens of EU countries the same treatment, on a reciprocity basis.

Each real estate project has particularities and effects which sometimes exceed Romania’s borders. Therefore, each and every investor should seek independent professional advice before making any kind of investment.

We have summarised below the main aspects that any investor should consider before making an investment in Romania’s real estate market.

ACQUIRING OWNERSHIP OVER LANDS BY CITIZENS OF THE STATE’S MEMBERS OF THE EUROPEAN UNION/THE EUROPEAN ECONOMIC AREA AND BY LEGAL ENTITIES HAVING THE NATIONALITY OF SAID STATES, AS WELL AS BY THE STATELESS CITIZENS DOMICILED IN A MEMBER STATE OR IN ROMANIA

ACQUIRING OWNERSHIP OVER REAL ESTATE BY FOREIGN CITIZENS, PERSONS WITHOUT CITIZENSHIP AND LEGAL ENTITIES BELONGING TO THE THIRD PARTY STATES / STATES THAT ARE NOT MEMBERS OF EU, NOR OF EUROPEAN ECONOMIC AREA

PRELIMINARY ASPECTS TO BE TAKEN INTO CONSIDERATION

Even if real estate representing private property, regardless of purpose is freely transferable pursuant to the provisions established by Romanian law, there are certain preliminary aspects which need to be checked before any transaction concerning the respective real estate is performed: