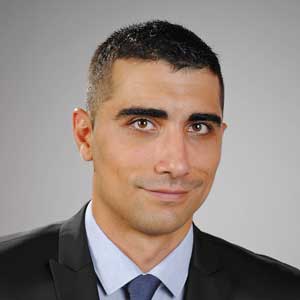 In the insurance trap

The new Insurance Code provides privileges for the insurance companies

In the first day of the New Year, when the sound of the New Year’s Eve fireworks had not faded yet, the new Insurance Code quietly entered into force. Some of the analysts called it lobbying, others just labelled it as “biased”, but the truth is that we will have to wait and see what the real consequences of its implementation are going to be.

As long as the insurance guild was glossing over the eyes of the users of insurance services, that the new code should have been implemented following the need of standardization of the local law with the European law provisions, the new amendments, which could be deemed as disadvantages for the insured persons, were left in the background. Such amendments are, as follows: longer terms for the insurers for pronouncing over insurance claims, limiting of the possibility the insured persons to submit claims directly before the courts, non-payment of some of the legal interests over the insurance claims, as well as provision in favour of the insurers a scope for interpretation of the insurance contracts and subsequent refusals for payment of insurance compensations.

The above-mentioned amendments reasonably led to undermining of the confidence in the current insurance system, and more people started questioning themselves whose interests the new Insurance Code defends – those of the insured persons, mainly citizens, who are deemed to be the economically weaker party within the insurance relationship, or rather the interest of the insurer prevails, who in this case is the stronger party.

The court has to wait

The new Insurance Code restricts significantly the right of adequate justice of citizens and companies and turns them into hostages of their insurers. According to the practice under the repealed Insurance Code the insured and/or the injured people from traffic accidents were allowed to seek their rights directly in court as a preventive measure against abuses and unfair procedural tricks of the insurers. Since the new Insurance Code has entered into force, this possibility does not exist anymore. After a careful and thorough analysis of the applicable legal provisions, we will realize, that the persons have to submit firstly their claims before the insurers, then to wait a while (up to 6 months for some specific cases) and if the insurer does not pronounce on the insurance claim or offers an insurance compensation in unsatisfactory amounts, they could file their claims in the court.

By implementing the new Code the legislator actually tended to ignore main principles of compensating the damages of delicts, provided by the Obligations and Contracts Act, namely that regarding the delicts the debtor owes legal interest since the day of the occurrence of the insurance event without sending any subsequent invitation for voluntary payment. According to the current compulsory practice of the Supreme Cassation Court, the injured people were entitled to be paid a legal interest from the insurer of the guilty driver since the day of the accident until the final payment of the insurance compensation.

The new Insurance Code is rather harmful than defensive for the rights of the injured people, as the insurer shall be in default and owe a legal interest just after the expiring of the terms for pronouncing on the insurance claims. Who will lose from this, therefore? In case of any car accident, the injured ones shall wait until the investigation and the penal procedures are over, and only after the judicial act against the guilty driver enters into force to seek a claim for payment of insurance compensation for the injuries occurred before the relevant civil court. The penal procedures are not completed so fast and depending on the severity of the injuries and the presence of controversial facts regarding the accident, they could be extended up to couple of years.

Up to now, the injured people were compensated with the legal interest for this period, accrued over the insurance compensation, in accordance with the main legal principles for compensation of damages, occurred due to delicts.

Currently, it is rather unclear how the courts are going to interpret the new legal provisions in the field of the insurance. According to the Transitional provisions of the new Insurance Code, the repealed code applies for relations concerning the insurance contracts, concluded before 01.01.2016. Because of that there is no consistent and compulsory case-law of the local courts regarding the controversial provisions of the new code yet, but such is eagerly expected by all concerned parties.

The article has been published in Bulgarian, in Capital Daily: