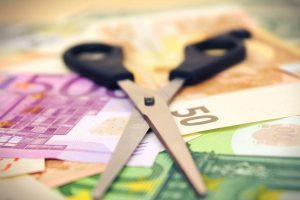 Is there a direct connection between an effective compliance and anti-bribery programme and the criminal liability of a legal entity?

In the context of doing business in a global environment, more and more companies active in Romania become increasingly interested in fostering a culture of corporate governance and compliance.  The main reason is to obtain business with, and from, companies which are required to have adequate and effective compliance and anti-bribery policies in place.

Consequently, the criminal liability of a legal person needs to be reflected in a business context, where corporate governance and compliance have a central role.

With this in mind, it is fair to ask whether an adequate and efficient compliance and anti-bribery programme might alleviate the potential criminal liability of a legal person in Romania.

Before answering this question, it would be useful to analyse the situation in UK briefly, since the UK’s Bribery Act (2010) may be considered to be the toughest legislation on corruption and makes companies responsible for preventing bribery.

Failure to prevent bribery is a distinct criminal offence.  In order for a company not to be convicted of this criminal offence if bribery has occurred, it has to prove it had adequate procedures in place to prevent people associated with it from committing bribery.  In this respect, the UK Ministry of Justice has published Guidance[1], based upon six principles, those being: (i) Proportionate procedures; (ii) Top-level commitment; (iii) Risk assessment; (iv) Due diligence; (v) Communication (including training); and (vi) Monitoring and review.

When investigating corporate bribery, the Serious Fraud Office (“SFO”) assesses whether the respective company has thoroughly applied and enforced these six principles.

So, would an effective compliance and anti-bribery programme attenuate the criminal liability of a legal entity and the consequences deriving therefrom?

One of the landmark cases pursued by the SFO is the Rolls Royce case, finalised with a deferred prosecution agreement (a “DPA”) concluded between the SFO and Rolls Royce Plc & Rolls-Royce Energy Systems Inc. (together “Rolls-Royce”), concerning breaches of criminal law in the areas of bribery and corruption in Nigeria, Indonesia, Russia, Thailand, China, India and Malaysia.  The DPA has been approved by the Court on 17 January 2017 and, to this date, is the largest DPA ever concluded in UK (the “approved DPA”).[2]

Before going into details regarding the facts which lead to the conclusion of the approved DPA, what is a Deferred Prosecution Agreement?

A DPA is a mechanism available only to legal entities which, in order to avoid prosecution, enter an agreement on negotiated terms with a prosecutor, which agreement must be approved by the court.  Such approval is granted only if such agreement is concluded in the interests of justice and comprises proportionate, fair and reasonable terms.

The consequence of the conclusion of such an agreement is that the respective legal entity will not be prosecuted in Court, thus avoiding the impact of a court decision such as losing business and revenue (especially in the public sector where certain public procurement rules provide the disbarment and exclusion of the legal entities which have been convicted for corruption-related offences.

A DPA is available only for certain economic (financial) offences whereby the only criminal sanction is financial and contains financial penalties which the legal entity must pay until a certain date.  There is no right for a company to enter into a DPA – this must be agreed by the prosecutor and approved by the court.  Changes in the management of the company concerned and co-operation with the prosecutor to allow the identification and prosecution of the individuals concerned can also be seen as preconditions to an offer of a DPA.

Bearing in mind the above, the approved DPA has been concluded based on the following facts:

there was an agreementto make corrupt payments to intermediaries in Russia regarding the supply of gas compression equipment between 2008-2009;

According to the statement of facts prepared by the SFO[5],
Rolls-Royce had various written policies and committees regarding the
appointment of intermediaries,
including a code of conduct applicable to all its employees (including a
prohibition on the payment or receipt of bribery[6])
and provisions related to the payment of intermediaries.  An additional policy for the appointment
and payment of intermediaries entered into force in 1999, where no due
diligence process was specified[7],
while any payment to any intermediary exceeding 5% of the value of
the contract required additional approval from a senior employee of
Rolls-Royce.  Guidance notes on intermediary
policies were issued, together with a Global Code on Business Ethics
with specific provisions on bribery and corruption[8],
including revised intermediary section.
An Anti-bribery and Compliance Review has also been carried out by a
“Big 4” accountancy firm and completed in 2009.
A new policy on intermediaries
was one of the results thereof, subsequently amended which prohibited
commissions in excess of 10% of the contract price.  The amended policy required that due
diligence and approval processes be defined by the risk rating for each
intermediary[9], while a new Compliance team was
established together with a Committee for Approval of High Risk Intermediaries.

Based on the interpretation of the approved DPA and of
the statement of facts prepared by the SFO, we cannot rule out the fact that
the enhanced ethics and compliance programme together with exceptional cooperation of Rolls-Royce, were an important factor which the judge took into account for the approved DPA.  Had Rolls Royce not made significant efforts for the reorganisation of its compliance and ethics departments (including separating the compliance officers from the business sector), there can be no doubt that the sanctions imposed
would have been more severe, including a potential conviction with serious
consequences for Rolls Royce, for its employees and for the industry where
Rolls-Royce plays a central role.

Coming back to Romania, what is the general legal framework as regards the criminal liability of a legal person?

Under the Romanian criminal system, the liability of a legal person is triggered for offences committed for the purpose of carrying on of its object of activity and/ or in the interest and/or in the name of the legal person.  These conditions are not cumulative.

Criminal liability is excluded in case of the state, public authorities
and public institutions.  In addition, it is necessary that the criminal offence is committed with the form of guilt provided by the law, this being applicable to the management bodies of the respective legal person, such as the administrator and/ or shareholder and/ or the censor etc.

Although currently an effective compliance and anti-bribery programme is not seen as a circumstance which mitigates the criminal liability of the legal person, we consider that in the growing business environment, the authorities need to take them into account when assessing penalties imposed on the respective legal person.

In the light of the above it is recommended for Romanian companies to implement an effective compliance and antibribery programme, which could be seen as an important criterion to attract business worldwide and an attempt to mitigate the risks deriving from a potential criminal liability.