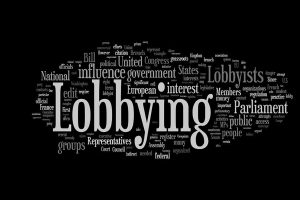 We are in a period when the lobby activity becomes increasingly important, considering also the Emergency Ordinance project regarding the transparency in lobbying activities and representation of interests (the “Ordinance project”). The purpose thereof is to render transparent the relationship of public authorities with the business environment, so there is equality as regards the influence in the decision-making process.

According to the Ordinance project, the lobby activity means “any organised and structured agreement with the public representatives for exercising an influence in the interest of a client, in the sense of the direct influence over the legislation activity and decision-making processes at the central and local public administration level.”

Therefore, the essence of the lobby activity is the action of influencing the persons responsible with the elaboration of public policies, in the sense of taking a certain position regarding a certain aspect comprised in the legislation, with the purpose of promoting the legitimate interests of a group.

Lobby is different from advocacy, which represents any action performed with the scope of influencing the public policies through different mechanisms (meetings, conferences, open letters etc).

Consequently, we do not consider that the definition of the lobby activity comprised by the Ordinance project does not reflect the essence thereof, as compared to advocacy.

How is the lobby activity performed?

Therefore, even though the Ordinance project took as a model the Austrian legislation regarding transparency in lobby and representation of interests, and Austria is a member of OECD, we consider that the Ordinance project fails to reflect accurately the following principles of the lobby activity:

Moreover, through the lobby activity the law-making process benefits from the expertise of specialists in a certain field, and the normative acts which would be issued pursuant to such joined effort, would better respond to the current economic and social requirements.