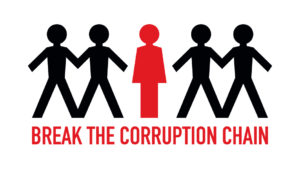 The arrival of enforcement of the corporate offence of failing to prevent bribery.
By Neil McGregor, Managing Partner of McGregor & Partners and Vice-Chairman Elect of the BRCC
9 December was International Anti-corruption Day and I was very pleased to represent the BRCC as a speaker at the event organised in Bucharest. Even if some people had not got the message that corruption is taken very seriously in Romania following the tragedy of the Colectiv Club fire, the importance of the issue was emphasised by the presence on the speaker’s platform of the British and American Ambassadors and by a representative of the FBI, as well as the president of the American Chamber of Commerce.

It was a very timely event. In my blog in March on this subject, I warned that a major change was coming. It is not that bribery and corruption is illegal – it has been for years – and that the Romanian authorities are actively investigating and prosecuting cases of corruption under the Romanian law. The change is that British companies – and companies which have any part of their business activities in the UK – now have a duty to prevent bribery by someone on their behalf.

What made the event so timely was that in the week before, documents relating to the first deferred prosecution agreement in the UK relating to this offence were made public. They make startling reading. Put in simple terms, despite all of its procedures about anti-bribery, anti-money laundering and so on, a British bank managed not to notice that a deal it was working on for a foreign government involved a payment of $6,000,000 to a company with connections to a member or members of that government. Embarrassing and expensive for the bank, although there were no allegations that anyone at the Bank in the UK was involved in the bribery. From a rough calculation, the cost to the bank looks like being at least eight times greater than the fee that the bank received for the project.

In countries where there has been a culture that bribery is a normal way to get things done, steps to prevent bribery need to be considerably more robust than getting people to do e-learning questionnaires – particularly where the questionnaires have been prepared in a country where corruption is not such a problem. Take steps now to check what the people you are working with – not just your employees – understand is a proper and legal way to do business. Unless you tell them what your expectations are, you cannot really be surprised if they may not operate in quite the way that you had expected!