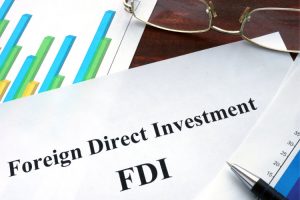 Covid-19 pandemic (the “Pandemic”) has significant effects on the economy of the European Union, leading thus to the necessity to evaluate the Foreign Direct Investments in the member states (“FDI”). The FDIs are considered to establish or maintain lasting and direct links between investors from third countries including State entities, and undertakings carrying out an economic activity in a Member State.

What is the rationale of the Communication?

In the framework of the pandemic, the Commission highlights the risk of acquisition of the strategic industries, including of the healthcare industry, this acquisition being made on the basis of the FDI.  Moreover, the Commission wishes to protect the healthcare capacities (the ones for the production of medical equipment and/or protection equipment) and/or of the adjacent industries (with a focus on the ones developing vaccines) so that the loss of assets and critical technologies inside EU is avoided.

By issuing the Communication, the Commission requests the member states to be vigilant and to use all means which are put at their disposal both at an European and national level so that the critical technologies and the assets remain in the European space, as they are considered essential for the economy of the European Union as a whole.

The Regulation will be applicable in the member states starting with 11 October 2020.  It establishes a set of standards and invites the member states to cooperate for the evaluation of FDIs from third countries, including state entities and undertakings carrying out activities in the member states.  This type of evaluation is essential, the more so as in 2019, there have been significant investments from third countries in ITC and automotive industries, without any substantial evaluations having been made by European and/or national authorities.  The Commission intends to analyse in depth future FDI which might affect essential industries such as healthcare, including the industry for the production of drugs, equipment or vaccines.

The Commission leaves at the appreciation of each member state the evaluation of the FDIs which would represent a threat for the essential industries.

How can the member states appreciate the risk for the security and public order?

To this extent, the member states and the Commission will analyse the effects which the respective FDI will have on the critical infrastructure, technologies and on the essential elements for maintaining the public order, the changes of which will lead to a significant impact inside the EU and/or the respective member state.

In light of this criterion, we consider that a FDI from a third country in an European undertaking which develops in an advanced stage a vaccine against Covid-19, might be rejected by the national and European authorities in this field.

However, the Communication provides the fact that the assessment of the respective FDI from the third countries does not automatically lead to the prohibition of the respective investment, as there are certain situations in which the respective investment might be performed but with a series of mitigating measures imposed by the authorities (in the above mentioned example, the FDI in the undertaking which focuses on a vaccine against Covid-19, this being in an advanced stage, may be allowed if certain conditions are fulfilled such as: the supply of the vaccine which has been tested, it being patented in the member state etc).  In other cases, the member state may detain the so called “golden shares” in the respective undertakings, in view of exercising a “veto right’ against a FDI.  Such enjoyment must be necessary and proportionate in view of protecting a public order interest.

The Communication states that the verification mechanisms for FDIs are available in 14 member states.  In Romania, the assessment is performed in accordance with the provisions of Law 21/1996 on competition and the verification authority is the Competition Council.

Are there any other types of investments which may be performed in an European undertaking if there are good chances that a FDI is rejected by a national and/or European authority?

There are other types of investments which are not considered to be a FDI, respectively “portofolio investments”.  These are analysed in accordance with the free movement of capital and do not award a right of control over an undertaking, meaning that they do not pose a significant risk on the order and security of the European space.

However, there are situations where, according to the national laws, the acquisition of a certain percentage in a company may guarantee to the respective investor certain rights which contradict the national and/or European public order.

As such, we are of the view that the portofolio investments regarding for example the listed companies will be carefully analysed in order to check as thoroughly as possible its consistency with the public order.