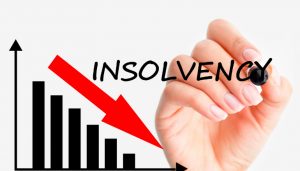 The insolvency procedure – a re-launch of the company on the market?

The concept of insolvency according to the Romanian Law

Over the years, most of the companies considered the insolvency procedure as the beginning of the end. As the time went by and the insolvency provisions were adapted to the needs of the debtors and creditors, they stared to understand the necessity of insolvency and also began to take an interest in the options available in order to recover their companies.

Even though most of the people consider that the insolvency procedure and the bankruptcy procedure are the same thing, the two notions are very different from the definition to the conditions, applicability and effects.

Pursuant to Law no. 85/2014, one company can enter into insolvency in case it does not have any cash availability, but wants to pay its creditors. Anyone who has interest can initiate the insolvency procedure – the creditors or even the debtor.

Basically, it is not necessary to enter into bankruptcy. The company can appeal to several options in order to avoid entering in the bankruptcy procedure and to manage to save the company by paying only some of the claims and continue its activity.

The stages of the insolvency procedure

The insolvency procedure has 2 stages:

The advantages of the reorganization procedure

The advantages that the company has once it enters into the insolvency procedure and it fulfills the obligations stated in the reorganization plan are:

In conclusion, through the reorganization procedure, the company can get rid of the “broken” part of it. Therefore, in case this stage is carried out correctly and according to the law, the company has all the reasons to continue its activity.