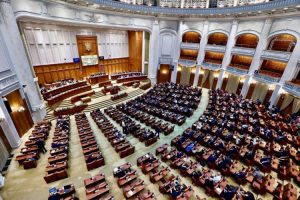 On 10th of June 2020, the Chamber of Deputies, as the decisional body of the Romanian Parliament, adopted a draft bill (the “Draft bill”) for the amending the Law 129/2019 regarding the prevention and control of money laundering and terrorism financing, as well as amending other bills (“Law 129”).

Currently, in accordance with the provisions of article 56(1) of the Law 129, the obligation to submit the declaration regarding the ultimate beneficiary occurs in any of the following three (3) cases:

According to the Draft Bill, the declaration regarding the beneficial owner is to be submitted in any of the two (2) cases:

Where the individuals registered with the Trade Registry are not the real beneficiaries or where the control is exercised by other means, we consider that the obligation to submit the declaration regarding the beneficial owners should continue to exist.

Another amendment which we consider to be opportune is the fact that the declaration regarding the ultimate beneficiary will be submitted only by the companies held by legal persons (thus exempting the companies which are held by individuals).  This amendment is expected to be well received, as, in accordance with the explanatory notes to the Draft Bill, 96,3% of the limited liability companies are set up by individuals, which makes the identification of the ultimate beneficiary very straightforward.

The Draft Bill was sent to the Romanian President for promulgation.  After the promulgation, it will be sent to the Official Gazette for publication in order to enter into force.

We remind you that on 15th May 2020, other amendments regarding the declaration of the ultimate beneficiary entered into force, namely:

It is to be seen if the Draft Bill will bepromulgated in the form in which it was adopted.  It is obvious however, that the Romanian business environment requires more than ever a legislative, concise, clear, predictable and digitalised legislative frame, based on the collaboration between institutions.