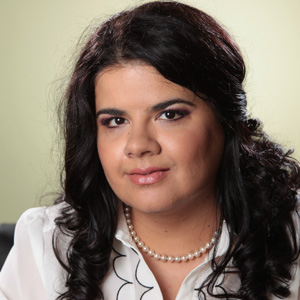 Are we loosing ground?

Is pasture land disappearing in Romania? When looking at recent legislative changes and media appearances of the Minister Delegate for Energy, one would presume that Romania is rapidly being deprived of specific agricultural land – pastures and/or meadows.

Concerned with the presumed accelerated loss of agricultural land, the authorities have enacted, through a specialised act, Government Emergency Ordinance no. 34/2013, regarding the organisation, management and exploitation of permanent pastures and for the amendment and supplementation of Real estate law 18/1991 (“GEO 34”).

GEO 34 appears to have been urgently needed due to some incapacity of putting into effect of a previous act, law 214/2011 regarding organisation, management and exploitation of pastures (“Law 214”). Law 214 contained inconsistencies that made it impossible to apply and therefore made it necessary for the authorities to remedy the situation, by means of GEO 34. In addition, an explanation of the urgency of GEO 34 was that important EU funds were to be applied for in two days from its entry into force. Of course, the Ministry of Agriculture had a month from the entry into force of GEO 34 to prepare the secondary legislation.

Nevertheless, looking ahead, we must point out the important aspects regulated by GEO 34:

Going further into the draft methodology, we could make other constructive and/or interesting remarks:

On a related document, we must point out that the draft application norms for GEO 34 deal only with the use and exploitation matters, without going into the problem of removal of pasture land from the agricultural circuit.

it is also worth mentioning that if the draft application norms are adopted in their current form, they will have retroactive effects.

Such category of “holders of pasture land” is not defined, therefore, imprecise and unclear. In this way, various interpretations are possible and the “holder” may be:

Unfortunately, although some are extreme, these possibilities exist.

To summarise, pasture land has a clear economical value, both for agriculture and the protection of the environment, as well as for its construction potential.

There are ways to get pasture land into a legal buildable condition, however, there are hurdles to go through, some of which are not yet clear and structured. The Government, should it consider some advice, could make matters clearer for everyone, including the various authorities involved in the process.

The change in the regime of the pasture land did accomplish what it set out to do, it scared off many investors in renewable energy projects, but also dragged along real estate developers, therefore, just as an example, there will still be some time before any Formula 1 racetrack is built near a major city in Romania. As regards the protection of the interest of people who raise animals, we have no signs yet.