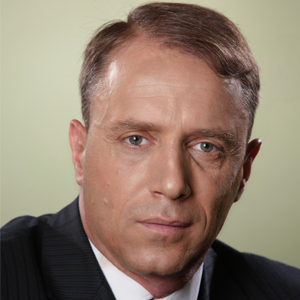 The modern state is manifested in various constitutional forms, which owe their historical development of the interaction between institutionalism and civil society. The substantive dimensions of numerous constitutions are determined by the forms of government, which are generally divided into Republic and Monarchy.

The Republican model of government creates the ideas for supremacy of the law and thus becomes the natural environment in which not the person of the monarch, but the law and the common will draw the development of the society. The constitutional state of the governance through the participation of all, observing the principles of popular sovereignty and responsibility of the institutions to the citizens stays on the basis of the modern democratic republic.

Within these basic characteristics of the model, there are several forms of republican government that can be distinguished – presidential, semi-presidential and parliamentary republic. The characteristics of each of them can be derived by considering the question at constitutional level, through a review of the supreme laws of the modern presidential and semi-presidential republics and their comparing with the established in 1991 in Bulgaria form of republican parliamentary government.

Historically, the first type of modern republican head of state is the president. This institution was introduced in 1787 with the adoption of the Federal Constitution of the United States where the president was declared titular of the entire executive power.

Despite the firm separation of powers between the president and the parliament, there is some functional relationship, as the country politic could not be realized without the cooperation of the two institutions. The discrepancy between the party political affiliation and the vision for governance of the country between parliament and president can lead to separate governance, which is a clear prerequisite for blocking the governance system and insertion of the country into political crisis.

Another form of republican government in which the institution of the president is charged with great constitutional power, is the semi-presidential republic. The Weimar Constitution from 1919 of the First German Republic is considered as a prototype of the model, whose ideas were later adopted by the Fifth French Republic, in order to influence today.

Like the presidential system of government, in the semi-presidential there are also two institutions – president and parliament, elected directly by people, with the difference that the president is not the only titular of the executive power. Along with the president, a government also governs, headed by own leader – prime minister, which already leads to dualism of the second degree, or the so-called by M.Dyuverzhe “two head” power.

The constitutionally governed form of semi-presidential republics, taken in countries such as France and Portugal has both advantages and disadvantages. On the one hand, the two heads of government guarantee the allocation of responsibility and mutual control, but on the other – they pose a risk of conflicts between the titular’s of both institutions of the executive power, which in immature political societies would affect the stability of the state.

In Bulgaria the political transaction to democracy and free civil society is reflected in the constitutional parliamentary form of government. In the Constitution from 1991 the traditional schemes for flexible separation of powers enshrine, leading to the formation of typical parliamentary government relations between parliament and government.

Firstly, we have to mention the genetic connection between them, which, on the one hand, consists in the parliamentary origin of the government – its choice of the majority in parliament, and, on the other – in the mutual possibility of these two institutions to terminate ahead their mandates in the event that the political trust between them disappears.

The functional relationship between parliament and government as a whole is of greater importance for the stability of the parliamentary republic. During the implementation of the constitutional function both institutions need constant mutual support and cooperation in order to implement smoothly the country’s politic. This is so, because the government could not carry out their governance strategies without appropriate legislative, ratification, budgetary and financial support of the parliament, and, conversely, the legislature could not bring the laws into action by themselves.

The personality, the political maturity or the majority?