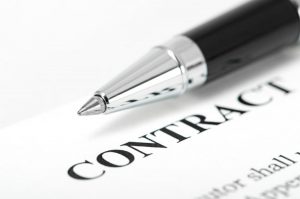 Starting from the recent events occurred in Romania, as well as in all over the world, it became more and more necessary to properly regulate the contractual clauses, analyze and adapt them in order to protect both contractual parties in case of an event that destabilizes the contractual balance as well as the relations between the parties.

The appearance of the pandemic caused by the Covid-19 virus led to the total or partial impossibility of execution of the contractual obligations for at least one of the parties. In order to minimize the consequences of this unfortunate event, the parties must analyze and rethink their contractual clauses regarding the force majeure and unforeseeability.

In this context, the question arises – how should these contractual clauses look like? It is indicated, from our point of view, that the parties should consider either a general regulation of these contractual clauses (to be supplemented with the Civil Code) or a very detailed one, covering at least 99% of the situations that the parties may face.

According to the law, the force majeure represents any external event, unpredictable, absolutely invincible and inevitable. On the other hand, the unforeseeability implies the fact that the execution of the contract has become excessively onerous due to an exceptional change of circumstances which makes it manifestly unfair to oblige a party to the execution of its obligation.

Both of the events that underlie the force majeure and the unforeseeability can lead to the adaptation of the contract or even to the exoneration of contractual liability.

Also, in case of force majeure, the guilty party will be exonerated (exempt) only from the contractual liability that would have occurred during the period in which the event in question existed (for example, termination of the contract due to non-payment of the price, penalties for non-delivery of goods or non-payment for the provided services). In other words, the exoneration will not be total, respectively, the guilty party will not be totally/partially exonerated from his contractual obligation, but, its execution will be postponed until the end of the event called force majeure.

How should the contractual clauses be adapted?

A first and – perhaps the most important – way is represented by the negotiation of the contractual clauses by the parties.

The negotiation of the contractual clauses was also encouraged by the Romanian authorities, which established a set of fiscal measures, which would benefit both parties.

Thus, the Romanian authorities have adopted a series of regulations – from exemption of specific tax for the period in which taxpayers interrupt the activity totally or partially during the state of emergency (for example, in the hotel industry) to tax amnesties having as object interests, penalties and other accessories owed by taxpayers.

Also, the legislator provided the reduction of the annual tax on buildings by up to 50% for commercial spaces insofar as the owners of the spaces negotiated with the tenants the reduction of the rent by at least 50%, proportionally with the decrease of the space destined for economic activities. At the same time, according to other legal provisions, the legislator gave the tenant the possibility to obtain the postponement of the rent payment for a certain period.

All these legal benefits were based on the contractual negotiation between the two parties materialized in amendments submitted to the state authorities.

Regardless of the legal benefits, the parties have the freedom to assess the contractual clauses, to analyze the event itself and the effects it has on the contract, but also to decide on the termination of the contract.

The negotiation will be considered as being conducted in good faith, as long as its purpose will be the fair and reasonable adaptation of the contract.

The attempt to renegotiate the contract naturally results from the contractual solidarity and the principle of good faith, which includes the duty of loyalty between the contracting parties. This duty gives rise to the obligation to negotiate in case of an event that leads to the breaking of the contractual balance.

Contractual negotiation is also a preliminary stage of the judicial process. Thus, a second way to obtain the adaptation of the contract is achieved by submitting a claim in court. In this case, the court will analyze whether the execution of the contract has become excessively onerous due to an exceptional change of circumstances which makes it manifestly unfair to oblige a party to perform its obligation.

To the extent that the court agrees with the ones stated above, even if the other party opposes, it will issue a decision in order to adapt the contract, distributing equitably between the parties the losses and benefits resulting from the change of circumstances or even order the termination of the contract.

An important condition that must be met in order to be successful with such an approach is that the party has not waived by contract the benefits of contractual unforeseeability.

In conclusion, in order to choose for an option, it is necessary a pertinent analysis of the contractual clauses, of the occurred event and of the effects it produces on the contract (effect – cause analysis), as well as of the relationship with the other contractual party.

Any cookies that may not be particularly necessary for the website to function and is used specifically to collect user personal data via analytics, ads, other embedded contents are termed as non-necessary cookies. It is mandatory to procure user consent prior to running these cookies on your website.