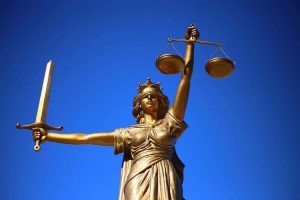 RESUMPTION OF THE ACTIVITY IN COURTS AND PROSECUTOR’S OFFICES

Following the press releases issued by the Romanian Government and the President of Romania regarding the relaxation of the restrictive measures adopted in the context of the COVID-19 pandemic, a series of measures were adopted for courts and prosecutor’s offices for the period after May 14, 2020.

By far, the most important aspect is the reinstatement of the suspended cases based on the Presidential Decree issued on 16.03.2020. Although the courts received as a recommendation the fixing of the trial hearings within 10 days from the expiration of the state of emergency, as a result of the modifications made to the legal registers, some of them established trial hearings even around the day of 15.05.2020.

The cases on the sitting lists are to be grouped at different time intervals so as to respect the rules of social distance. Leaving the cases to the end of the hearings will be done only exceptionally, respecting the established time intervals, and the parties/lawyers will be able to submit documents in the public hearing only exceptionally, this being left to the discretion of the full president.

Also, the courts and prosecutor’s offices have submitted a proposal to align – regarding the judicial vacation – to those decided by the High Court of Cassation and Justice, respectively the establishment of the judicial vacation only in August 2020. We look forward to have a decision in this regard.

In order for the litigants and lawyers to be allowed to enter in courts/prosecutor’s offices, it is recommended that they complete a questionnaire/statement with clear and simple questions, in which they mention the purpose of entering the institution, the activity that they carry out, the file number, the panel, etc., but also the fact that they undertake that as soon as they reach the purpose of the trip, they will leave the courts/prosecutor’s offices. People who have symptoms of COVID-19 or who have been in contact with a patient with COVID-19 in the last 14 days will not be able to enter the institutions.

For lawyers, legal advisers, experts and interpreters, the president of the court may allocate different time intervals for consulting the ourt files.

At the same time, thermoscanners will be used at the entrance of the institutions and at the entrance and exit of each institution the delimitation will be made on the floor with bands visibly colored. At the archive and registry services visibly colored stripes will be used for 1.5 m away from each other and people will enter in the building only if they comply the clear access rules. The recommendation is that, for the beginning, the courts and prosecutor’s offices should consider the extension of the working hours with the public so that each litigant/lawyer can exercise his rights. Also, the courts and prosecutor’s offices take into account the option of communicating the procedural documents electronically, including on whatsapp.

Activity in courts and prosecutor’s offices:

Regarding the effective activity in courts and prosecutor’s offices, in accordance with the public policy document prepared by the Ministry of Justice, several recommendations were made, respectively:

Digitization is an integrated process of technical solutions based on information technology. According to a Press Release from 06.05.2020, published on the website www.just.ro, by Ministerial Order no. 1582/C/2020, the process of digitization of the Ministry of Justice`s activity was initiated. This ministry will initiate and suggest a partnership with the Public Ministry, the Superior Council of Magistracy and the liberal legal professions in order to digitize the administrative and judicial activities carried out at the level of courts and prosecutor’s offices. This process will include both technical solutions and legislative solutions, designed and developed in parallel, within the mentioned partnership framework.

The digitalization of justice as a public service implies a preliminary and serious public debate. It is interesting to analyze in the future whether or not this digitization will affect the basic principles of civil and criminal proceedings, the fundamental rights and freedoms, to what extent or at what stages of the process will be used, to what extent the client-lawyer relationship will be affected or if this will bring major changes in the lawering field.

Regarding the staff of the courts and prosecutor’s offices, the vulnerable persons from each group will be identified (for example, those who have medical conditions certified by the doctor), following that they will carry out individual/independent activities or ithey will work  in telework regime.

In criminal matters, the transfer of detainees to the court will be made only in well-justified cases, the transport of large groups of people being avoided, the videoconferencing system being the one indicated in such cases.