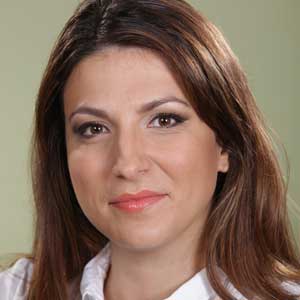 The recently proposed amendments to the Law on Protection of Competition (LPC) were met with disapproval by the representatives of the commercial sector, but they already passed the first reading in the parliament. The State tried to protect the local small businesses and to solve the imbalance in the market – a topic that stirs the spirits in whole Europe by introducing stricter national rules in antitrust law. However, practically, this is an unprecedented interference in trade relationships that exist between retailers and suppliers. Below, we will examine the main contentious points in the proposed law.

The introduction of a new concept “significant market power”

The legislator introduces the concept of an enterprise, which is not dominant, but in view of its market share, financial resources, opportunities for market access, technological level and economic relations with other enterprises, can hinder competition in the relevant market, because its suppliers or buyers are dependent on it. Unlike the cases of monopoly or dominant position, which are relatively well defined and largely objective, the new concept contains both vague language such as “dependant suppliers or buyers” and subjective evaluation criteria.

In the proposed texts, the confusion of unfair trading practices with monopolistic ones is clear. Often, the commercial conduct of large retails chains is contrary to the principles of integrity and honesty while doing transactions. For example, there are many cases of lack of written contracts, amendments to contracts retrospectively, unfair termination of commercial relations. All these practices, however, should be considered rather in the light of the provisions of unfair trade practice and not within the scope of antitrust provisions. Moreover – equating “dominant position” with “significant market power”, the legislator has determined fines in the current LPC in case of abuse in 10% of the total turnover for the previous financial year of the enterprise offender.

Contrary to the principle of “freedom to contract”

Another feature and innovation is the draft model contracts and/or general terms and conditions for supplying goods, intended for sale, of enterprises with a total annual turnover for the previous year of more than 50 million leva and proposals for their changes to be evaluated for compliance with the provisions of the LPC by the national competition authority.

The text of the draft law is inconsistent with the statutory principle of freedom to contracts, established in the Law on obligations and contracts, and it imposes administratively approved model contracts. The contracting parties are independent economic entities that have the freedom to enter into contracts, as they determine their own specific content, the kind of the contracts, the form to be concluded in. The law provides that the freedom to contract and the actual intention of the parties has to be clearly expressed and has to comply with the regulations in order to be lawful. The contractual imbalances, associated with unequal positions in negotiations should be solved by means of commercial law, other than the instruments of the competition law.

Failure to comply with the European recommendations for “self-regulation”

In connection with the serious imbalances in the supply chain of food, the European Parliament welcomed with its resolution the self regulation and invoked the European Commission (EC) and the Members of EU, to eliminate regulations that embarrass the trade within the common market. In this direction are also the recommendations of the Commission, which establishes the principles for self regulation Supply Chain Initiative, based on compliance with the 10 principles of good commercial practices. For example, creation of codes of ethics, business forums, unions and others between the different market participants (buyers, sellers, suppliers and manufacturers), where in a natural market way and according to the specifics of the segment to eliminate the problems through negotiations.

Violation of the principle of “freedom of establishment” in the EU

The principle of “freedom of establishment” is provided in the Treaty on the functioning of the European Union (TFEU) and confirmed by the court practice of the Court of Justice of the European Union. Under the TFEU entities, operating legally in a Member State, can exercise business steadily and continuously in another country, Member of the EU (freedom of establishment, formulated under art.40 of the TFEU). The right of establishment includes the right to create and manage enterprises for the purpose of constant activity with stable and permanent character under the same conditions as those, provided under the laws of the Member State for its own entities. In this way, the proposed draft law could lead to discrimination against participants in the chain and to redirecting of retailers to other countries.

Failure to comply with the principle “impact assessment” of regulations

In 2009 the European Commission published guidelines on “impact assessment” regulations, which aim to identify and predict the impacts of the implementation of changes in the regulatory environment, as well as to evaluate the results of these effects on the market and interested parties (producers, traders, consumers). Such “impact assessment” is necessary also according to our regulatory authority in order to determine whether a regulation will have a significant impact, and what the effect on conditions of competition will be. The Commission for Consumer Protection in its Decision No 495 as of 4.05.2010 declares: “taking measures of any kind should be done only after a thorough examination of market issues through an extensive public consultation and impact assessment of each possible approach“, which has not been done till now.

The so proposed law draft affects actually all sectors of the economy, contrary to a number of national and European principles, representing a significant administrative regulation in trade relations between private entities and can be a prerequisite for contraction of competition. Given the experience of European countries and the differences in legislation at European level, there is a desire for common European legal regulation that the national legislature would have wait.