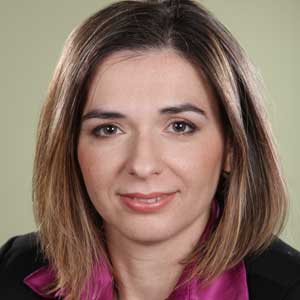 Features of the promissory note

And how to guarantee the recognition and satisfaction of our claim

According to a folk wisdom money is likely to return to its owner. Perhaps, guided by this idea, the legislator has introduced a number of ways to assist creditors in the recognition and satisfaction of their claims, but the trends in the practice show that the most used of these is the promissory note.

The promissory note proves a presence of a monetary obligation that one person (payer) has recognized conclusively with signing the order, giving a written promise to make payment on behalf of another person (payee). Usually, the use of promissory note is reached when there is a debt between two parties and need for greater security of the creditor to receive real money on their claim.

In order to be valid, the promissory note shall contain the following information, set out in the Commerce Act:

Marking of the maturity, i.e. the moment, when the debtor should pay the promised sum of money. Promissory note in which no maturity date has been indicated shall be considered payable upon presentation.

Name of the person to whom or to whose order the sum must be paid.

Indication of the date and place of issue. A promissory note in which no place of issue has been indicated, shall be considered as issued at the place (address) indicated next to the name of the drawer.

Signature of the drawer (payer).

The issuance of a promissory note shall be implemented through a unilateral transaction in which the document is transmitted by the issuer (debtor) to the payee (the creditor). This transaction requires proper design of the document in accordance with the above mentioned requisites, but also its actual transmission to the creditor.

The promissory note can be transferred from one owner to another by giro. It should be written on the back of the promissory note, and if the back is small, on a separate sheet called allonge that is fixedly attached to the document. The only prop of the giro is the signature of the endorser (transferor).

As it was mentioned, a promissory note in which no maturity date has been indicated shall be considered payable upon its presentation to the debtor. In principle, the duration of the presentation for payment is one year from the issuance of the document, as the issuer can specify a shorter or longer period.

Presentation for payment is best to be done by a notary invitation, as after the deadline for the performance, provided in it, interests for late debtor commence.

If the debtor does not accept the promissory note and refuses to pay, for the creditor arises the opportunity to be issued an official testifying document – protest providing the refusal of the debtor and respectively the regular presentation. Competent to issue the protest is a notary of the place of payment of the promissory note, as the service is due to a determined notary fee.

Proceedings before the court

If at maturity or after the expiry of the time to pay, provided in the notary invitation, the debtor does not pay the amount due, for the creditor arises the possibility of referring the matter to the court. This right can be exercised by initiating warrant procedure or claim procedure.

The warrant procedure is characterized by its speed and procedural economy. It starts with filing an application form for issuance of an order for execution (not statement of claim) to the local regional court, respectively the seat of the debtor, accompanied by payment of a state fee of 2% of the requested amount.

After its submitting, the court shall examine whether the document is regular from the outside and certifies the enforceable claim against the debtor. In case the court recognizes the request of the applicant, together with the order for execution, the court issues the writ of execution and in this way provides the creditor with the opportunity to immediately initiate enforcement proceedings against the debtor.

The order for immediate execution can be contested by the debtor within two weeks of its presentation. It is important to be mentioned that the objection to the order for execution suspends the enforcement. From the moment, when the creditor is notified for the filed objection by the debtor, one-month term begins to run, within which the creditor can seek their rights over their monetary claim by the claim procedure, as initiates court proceedings. The submission of a statement of claim provides payment of a court fee of an additional 2% of the requested amount.

If the court accepts the request of the creditor, what follows is an enforcement against the debtor under the promissory note, as the debtor responds with all their property (bank accounts, real estates, cash receivables, etc.), for the promised in the promissory note amount and the interest accrued on that amount, including the obligation to pay the costs of the creditor, incurred in connection with the court case.