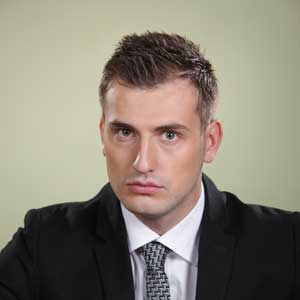 Do we have to perceive the German experience

In Bulgaria, the institution of bankruptcy is used in the Commerce Act and by its nature it is a universal enforcement under the direction and supervision of the court. The prerequisites for initiating bankruptcy proceedings could be individuated as commercial quality of the debtor and the establishment of insolvency, as well as a stated court decision. The purpose of the procedure is fair satisfaction of the creditors by adopting a plan for recovery or liquidation of the debtor’s property.

Bulgarian legislation does not address the question of bankruptcy of individuals, known as consumer bankruptcy. Justified or not, this fact testifies for a kind of retardation of our legislature of the modern international trends to expand the scope of the bankruptcy proceedings to individuals and non-traders.

Examining the issue for possible introduction of the institute of the bankruptcy of individuals non-traders in Bulgaria, known also as consumer bankruptcy, we could look at the German model of production, given that the Bulgarian system of the civil law is generally Pandect, i.e. it is associated mostly with the German legal school.

The German law assumes that any individual, who can be a party in civil proceedings, can be declared bankrupt – a principle, which is a strong expression in the regulation of the consumer bankruptcy. The legal framework of consumer bankruptcy was introduced in Germany with the adoption of the German Bankruptcy Act 1994. The purpose of this institute is to allow the insolvent debtor to request the starting of bankruptcy proceedings and through the way of the amicable settlement to dispose of the remaining debt. The German law defines the entities that can benefit from the advantages of the consumer bankruptcy. The debtor must be “an individual, who does not exercise or has not exercised business alone”.

The purpose of the consumer bankruptcy

The purpose of the consumer’s bankruptcy is similar to that of the bankruptcy proceedings under the Commerce Act in Bulgaria. Priority before the German legislator is to assist the debtor in its rescue by stopping the individual foreclosures of the individual creditors, reaching an amicable settlement with the creditors, adopting a plan for payment of the obligations of the debtor and maximum satisfaction of all creditors in bankruptcy proceedings. The possibility the conscientious debtor to be relieved from further obligations is also added to this purpose, which reveals that inherently the consumer’s bankruptcy is associated with the institute of the “debt relief”. The possibility of relief of the outstanding debt can only benefit individuals, but it does not occur under the law, and must be expressly requested by the debtor. The request must be made in the form of a written request, a declaration to which applies to the debtor, that in the next six years the debtor is obliged to pay to the manager of the bankruptcy estate a certain part of their fixed income, such as those received in employment relationship.

During this 6-year period of “good behavior” of the debtor, the employer of the debtor transfers from their remuneration the provided part on account of the manager of the bankruptcy, who in turn annually distributes and transfers the payment of creditors. If the debtor is self-employed, their contributions to the manager must be in the amount, corresponding to the amount of the contributions, they would have done, if they worked on employment relationship.

After the expiry of the 6-year period of “good behavior”, the court after hearing the creditors shall come up with a public decision whether the debtor will be relieved of the outstanding debt, which in a positive decision would allow the debtor not top pay to their creditors this part of the obligations, to which they agreed in their agreement.

In the mentioned proceedings of consumer’s bankruptcy, especially in its part of debt relief, there are both advantages and disadvantages. More importantly is that this is a mechanism that is not alien to the Bulgarian legal system and which could help regulating the public relations and the financial stability in the country.